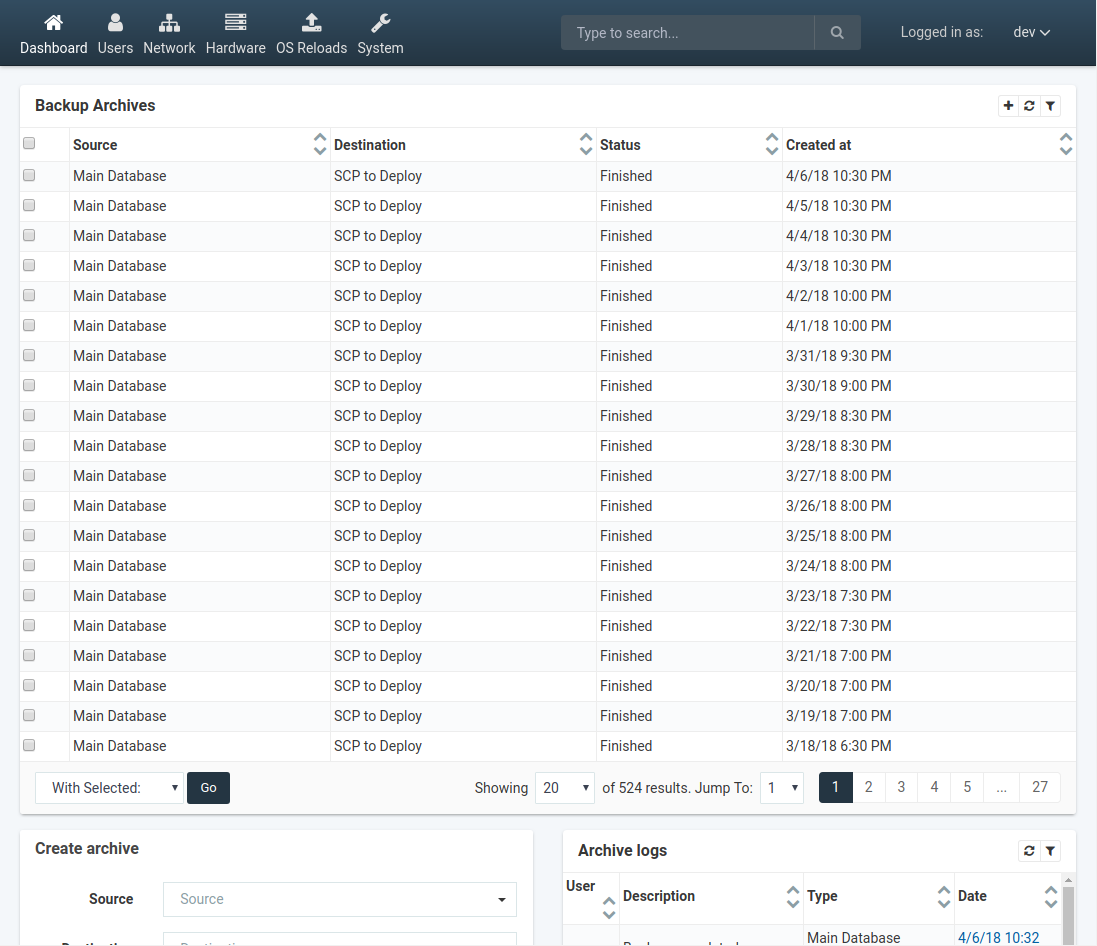 The backups package can make manual and automated backups of the Synergy database. It does not copy the bandwidth database to save space. The backups are copied off site via secure copy (SSH) authenticated by private key.

Set up a remote linux server with a user, we will use backups as an example (any username will work). In Synergy, go to System > SSH keys and generate an SSH key if you do not have one yet. Copy the public key and add it to ~/.ssh/authorized_keys while logged in as the backups user on the remote server. Make a folder anywhere in the filesystem, we will use /home/backups/scp-db as an example. Make sure the backups user has write access to that folder if creating the folder as a user other than backups.

On Synergy, go to System > Backup Destinations and create a new destination. Select secure copy via SSH as the Handler and put in the hostname, username, and folder that you chose earlier. The hostname can include a custom port via the syntax example.org:22. Now go to system > backup archives and select main database as the source and the newly-created destination. Click create archive and refresh the list after a minute (or longer if you have a lot of servers) to check the status and make sure that the backup is reported as Finished. Then go to System > Recurring Backups and set up a recurring backup using the same information.

Restoring from a Backup